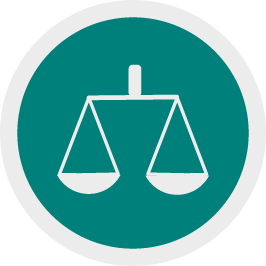 Ethical standards for publication exist to ensure high-quality scientific publications, public trust in scientific findings, and that people receive credit for their ideas. Francis is a member of the Committee on Publication Ethics (COPE) and abides by its Code of Conduct and aims to adhere to its Best Practice Guidelines.

All journals published by Francis are committed to publishing only original material, i.e., material that has neither been published elsewhere, nor is under review elsewhere. Francis as a participant of CrossCheck uses the iThenticate software to detect instances of overlapping and similar text in submitted manuscripts. Manuscripts that are found to have been plagiarized from a manuscript by other authors, whether published or unpublished, will incur plagiarism sanctions.

Manuscripts that are found to have been published elsewhere, or to be under review elsewhere, will incur duplicate submission/publication sanctions. If authors have used their own previously published work, or work that is currently under review, as the basis for a submitted manuscript, they are required to cite the previous work and indicate how their submitted manuscript offers novel contributions beyond those of the previous work.

Submitted manuscripts that are found to include citations whose primary purpose is to increase the number of citations to a given author’s work, or to articles published in a particular journal, will incur citation manipulation sanctions.

Submitted manuscripts that are found to have either fabricated or falsified experimental results, including the manipulation of images, will incur data fabrication and falsification sanctions.

Conflicts of interest (COIs, also known as ‘competing interests’) occur when issues outside research could be reasonably perceived to affect the neutrality or objectivity of the work or its assessment. Potential conflicts of interest must be declared – whether or not they actually had an influence – to allow informed decisions. In most cases, this declaration will not stop work from being published nor will it always prevent someone from being involved in a review process.
If unsure, declare a potential interest or discuss with the editorial office. Undeclared interests may incur sanctions. Submissions with undeclared conflicts that are later revealed may be rejected. Published articles may need to be re-assessed, have a corrigendum published, or in serious cases be retracted. For more information on COIs, see the guidance from the ICMJE and WAME.
Conflicts include:

Authors must declare all potential interests in a ‘Conflicts of interest’ section, which should explain why the interest may be a conflict. If there are none, the authors should state “The author(s) declare(s) that there is no conflict of interest regarding the publication of this paper.” Submitting authors are responsible for co-authors declaring their interests.
Authors must declare current or recent funding (including for article processing charges) and other payments, goods or services that might influence the work. All funding, whether a conflict or not, must be declared in the ‘Acknowledgments’.
The involvement of anyone other than the authors who 1) has an interest in the outcome of the work; 2) is affiliated to an organization with such an interest; or 3) was employed or paid by a funder, in the commissioning, conception, planning, design, conduct, or analysis of the work, the preparation or editing of the manuscript, or the decision to publish must be declared.
Declared conflicts of interest will be considered by the editor and reviewers and included in the published article.

Editors and reviewers should not be involved with a submission when they:

Francis aims to avoid assigning submissions to editors, and inviting reviewers, who have a conflict; they should decline in any of the above situations and declare any conflicts to the journal.
Reviewers must declare their interests in the ‘Confidential’ section of the review form, which will be considered by the editor. Close competitors should consider declining.
Editors and reviewers must declare if they have previously discussed the manuscript with the authors.

In the event that there are documented violations of any of the above mentioned policies in any journal, regardless of whether or not the violations occurred in a journal published by Francis, the following sanctions will be applied:

In cases where the violations of the above policies are found to be particularly egregious, the publisher reserves the right to impose additional sanctions beyond those described above.